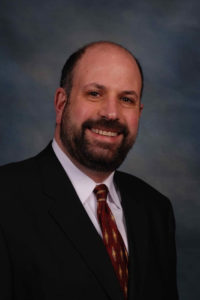 Leonard J. handles business, commercial real estate, corporate law, tax controversies, estate planning, and probate. He received his J.D. from the University of San Diego in 1984 and was admitted to the Illinois Bar is 1985. Leonard practiced as a Certified Public Accountant before going to law school and combines his knowledge of business and finance with his skill as a practicing attorney. He is a member of the Illinois State and American Bar Association and the American Association of Attorney-Certified Public Accountants.

Michael J Cornfield, is Of Counsel to the firm, practicing on Chicago’s northwest side. He started his career at Garretson & Santora, Ltd. following his 1980 graduation from John Marshall Law School where he handled insurance defense and subrogation litigation matters, both bench and jury trials.

Michael then joined the law firm of John E. McParland as an associate and then in partnership in 1986. Michael represents individuals and families concentrating in estate planning, estate and trust administration and settlement, probate of decedent and guardianship estates, preparation of fiduciary and estate tax returns, real estate settlement, both residential and commercial, elder law and business law including corporate and LLC formation, and buy outs.

Michael is currently a member of the National Association of Elder Law Attorneys, Illinois State Bar Association, Real Property, Probate, Trust and Elder Law sections. Michael is on the Board of Directors of the Gladstone Park Chamber of Commerce, the Trust and Investment Review Committee of ATG Trust Company, and is a Pastoral Care Minister at his church and at Good Samaritan Hospital. 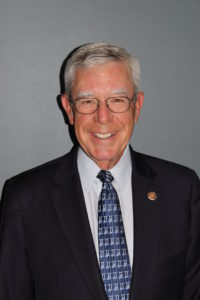 Steve Schlegel, a lifelong Chicagoan, attended Chicago Public Schools, Northwestern University, and IIT-Chicago Kent College of Law. He has practiced law for 49 years in Illinois, and has practiced in the States of New York and Michigan as well as numerous federal districts and courts of appeal around the country.

His early association with a small general practice law firm found him representing the families of the victims of the Richard Speck murders in the civil claims arising out of the
deaths. In 1972 he founded his own firm, which became Schlegel & Trafelet Ltd. In 1977. He and his then partner had a general civil litigation practice including the representation of many of the nation’s largest railroads as litigation trial counsel.

He rose to national prominence in 1983 when appointed national lead counsel in the Agent Orange Products Liability Litigation, the civil class action claims of Vietnam-era
veterans seeking damages for exposure to herbicides in Southeast Asia.

In 1986, Mr. Schlegel and others in his firm joined the firm of Clausen Miller, PC where he became a principal partner. The emphasis of his practice continued to relate to complex property and casualty matters, multi-state, class actions as well as commercial matter including family business and trust litigations.

In 1990, he established the New York offices of Clausen Miller, and served as counsel to certain insurance interests in the first World Trade Center bombing incident in 1993.

He continues to be engaged in complex civil litigation.

He has been active for nearly 40 years as Trustee and general counsel of the Union League Boys and Girls Clubs, which serve over 14,000 needy boys and girls in 11 clubs and a camp in Wisconsin.

He is also a Director of two other Union League Club charities, and is serving of Chairman of the Board of Friends of the Forest Preserves of Cook County, Illinois

He is a Director, and is currently Vice-President of the Board of the Friends of the Forest Preserve District, and is an active member of the Fourth Presbyterian Church of Chicago.

He is single, the father of two daughters, and has three grandchildren.

Rick Law is the founder and managing partner of Law Elder Law/Law Hesselbaum, LLP in Aurora, and is of counsel to Peck Ritchey, LLC. Rick co-authored two books with Kerry and Brandon Peck, published by the American Bar Association: Alzheimer’s and the Law, and Don’t Let Dementia Steal Everything. 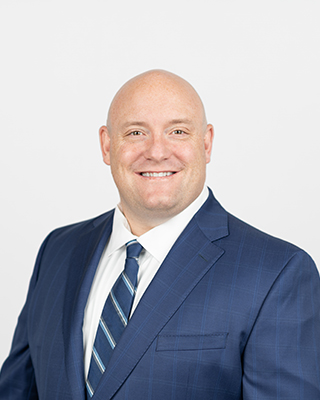 Zach Hesselbaum is a Tax Partner at Law Hesselbaum, LLP in Aurora, IL and of counsel to Peck Ritchey, LLC.

Joseph Peck, who previously served as Of Counsel to the firm, passed away on November 30, 2006. As an attorney and CPA, Joseph concentrated in all tax matters, including but not limited to, personal, corporate, estate, and real estate taxes. In addition to being a member of the Illinois Bar Association and licensed as a CPA in Illinois, he was a member of the Florida Bar Association and was distinguished by the Florida Bar in the area of Taxation.

Joseph became a CPA in 1950 and subsequently attended DePaul Law School at night graduating in 1956. He was admitted to the Illinois State Bar in the fall of 1956. He was also admitted to the Florida Bar in 1975 where he was certified as one of only 300 tax specialists. Joseph also served on several corporate Boards of Directors as a “Provisional Director,” having been appointed to that position by the Chancery Division of the Circuit Court of Cook County, Illinois.

Among his tax clients were several Federal Bankruptcy Trustees who looked to Joseph for the preparation of all income tax returns they filed for bankruptcy estates. Well respected by both the business community and his peers, Joseph served as accounting and tax advisor to many people in the political spectrum including congressmen, judges, trustees, and many others. He earned both his Bachelor’s and Juris Doctor from DePaul University.