Congratulations to our Managing Partner Kerry R. Peck for being appointed by Illinois Supreme Court to Chair the Supreme Court Commission on Elder Law. 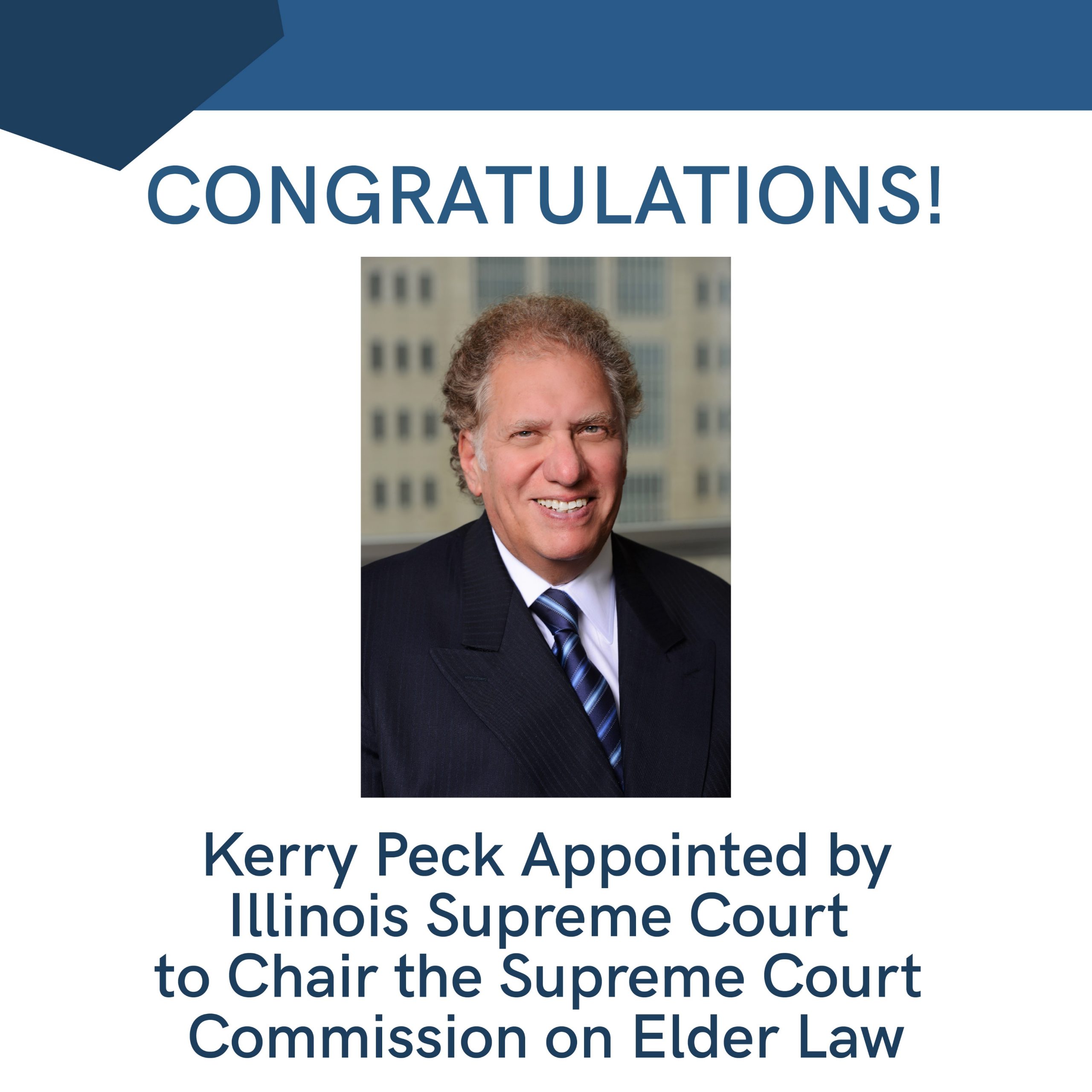 The Commission was created as a result of the Supreme Court’s interest in studying ways in which state courts can better serve the needs of those in advancing years. The legal problems facing these individuals extend not only to the role the courts play in terms of guardianship cases but also to the Judicial Branch’s obligation to protect the legal rights of the most vulnerable populations, both the young and the old.

“The aging of the baby boom generation has made Elder Law one of the fastest-growing areas for state courts,” Chief Justice Anne M. Burke said. “We look forward to hearing from this Commission on how to best serve the needs of our more senior court users.”

Chicago attorney Kerry R. Peck will serve as the first Chair of the Commission on Elder Law. He is currently the managing partner of Peck Ritchey, LLC. Justice Robert L. Carter has been appointed to serve as the Supreme Court Liaison to the Commission.